How did the titles of the VNRDS-albums come about? Did they just present themselves? Were there hot debates and great controversies? As you probably know, The Vineyards has released one EP and two full length albums. This is the stories behind the titles.

Titles for songs often just pops out of someone´s head, but the album titles have been a bit more difficult. The EP was about to be called Schwedenborg. It was close to the deadline for the pressing, so we summoned a meeting at Hans Martin´s flat to pick the best name that had been suggested so far. I had suggested «Schwedenborg». We all had seen the movie Riget, and I had read something about Schwedenborg at the university that I found interesting. However, after a couple of days, it didn´t longer feel quite right, and we knew too little about this enigmatic character, so the aftermath would be a bit uncertain. Then Kjartan suddenly said: «Let´s call it Good Rock for Good People». This had for some reason become some sort of saying within the band in that period, so it suited the EP perfectly. 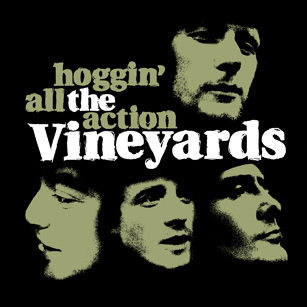 Then after two years we were on our way to Sweden to record our first full length album. Yet again, we had no title ready, not even a working title. After a week in studio we drove back to Oslo for a break. We arrived in Oslo late at night and on one street we were intercepted by an ambulance with the lights twirling, and out of the blue one of us blurted out: «It´s the Ambulance of Doom!». When you are very tired and giggly some things can be a bit more funny than they in fact really are. So, in the following days we actually thought of naming the album «Ambulance of Doom». I think it was wise not to.

So, how did we end up with Hoggin´all the Action? We did not want to name the album after one of the songs on the album. The opening song on the album is Hoggin´All the Action, I See – a title in fact lent from the video game GTA Vice City – and we thought that just Hoggin´All the Action was a good statement for the first album, and yet not making the opening song a title track. The title was settled during a few phone calls done late at night from where I work. 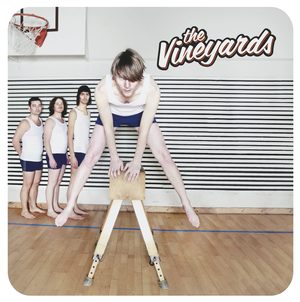 For some reason we just wanted to call our latest album The Vineyards. We always thought that we should save the self titled album for a sort of defining album. And since we were doing all of the recording ourselves, it seemed like a good idea, and we still think so. However, Hans Martin said a little bit to late that we should give the album a proper name, and I think we all on some level agree – mainly because it is fun to think up names.

This is the VNRDS-catalouge so far, but what about the album that never saw the day of light? What was that name intended? And the cover art? Oh, you will be let in on the secret in due time.